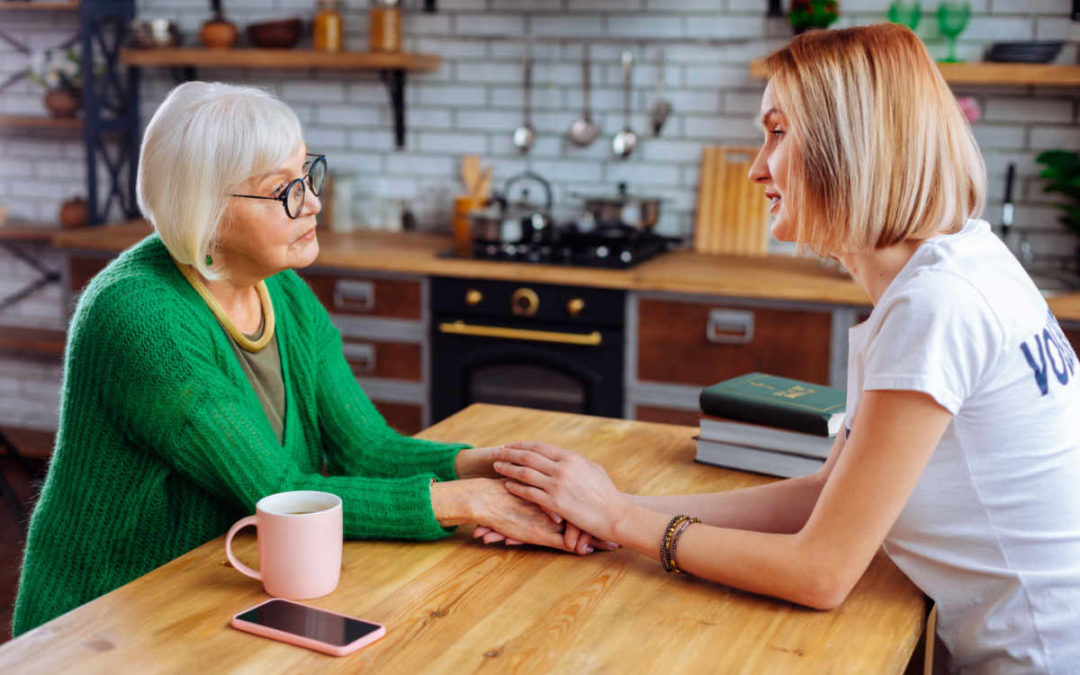 Their minds are changing, but they refuse to talk about early dementia symptoms…

Distance magnifies the changes in people that you know and love. When my parents moved to escape the cold winters, I only saw them once or twice a year. I found the visits to be stressful. It started with my dad’s spending habits. I noticed many bottles of olive oil in the pantry, more than they could use in a year. There were plastic packages of clothing, unopened and piled around the house. When I would question him, my dad would act defensive, telling me they needed these things. I suspected he was buying things over and over again because he kept forgetting what he had bought previously. I noticed more frequent pauses when he spoke, searching for the right word. My doctor brain knew he had early dementia symptoms.

Dementia is the end result of conditions that attack memory, language, problem-solving and other skills of thinking. Alzheimer’s disease is the most common cause of dementia, but there are others. I’ve taken care of enough patients with dementia to know what it looks like in the end stages. I wanted to speak openly with my dad about what we might be able to do to help him function well for as long as possible. My approach at the time was to focus on what I saw as the facts of his situation – the careless handling of money, the clutter in the home, the out of control diabetes that was contributing to his memory problems. My words had no impact. He grew more stubborn every time I would voice my thoughts, saying that he and my mother were doing fine. Our visits and phone conversations grew shorter and strained. It took a significant health crisis in 2019 for us to have the conversations we really needed to have. Looking back on our talks, I realize that if I had considered my dad from the perspective of emotion as opposed to facts, I could have saved both of us a lot of frustration.

When I tried to talk to my dad about my concerns, I was very conscious of my emotions, but not his. That was my biggest mistake. Most of us know that emotions are more powerful than facts. The cognitive brain is about information, applying it where and when needed. When the emotional brain is active, it takes over fact-based thought pathways. This means that parents, who want to hide scary emotions from their children, are often frozen in a mental loop. This stalls the conversation.

There is an intense dynamic at work between us and our parents when we try to talk about any topic that is sensitive. For most of us, the decline of memory and function is at the top of the sensitive list. Facing early dementia symptoms is scary for our parents, and rightly so. Until recently, this diagnosis from a doctor was a hopeless message – “it’s going to get worse over time, there is nothing we can do.” Researchers like Dr. Dale Bredesen have shown that this is not always the case. Targeted treatments and changes in nutrition and lifestyle can prevent, stabilize or reverse cognitive decline in its early stages. To learn more about the Bredesen protocol click here.

Many people are uninformed about these new developments, so they cope with the dread of losing their independence and memories through magical thinking. They hide from the symptoms and avoid talking about them with family, friends or practitioners. This was part of my dad’s tactic. He would focus on how he was doing today, which was always fine. He didn’t want to think about who he was today compared to a couple of years ago. Later I learned that my insistence on discussing his purchases and messy desk was upsetting to him because he felt that I was telling him he was incapable and scolding him like a child. He was confused and hurt by the role reversal. He was expecting more support and kindness from me but didn’t know how to tell me that. I was afraid of what I saw happening to him, and I was so focused on my own fear of the future that I did not explore or acknowledge his fears. As a result he was in a spiral of emotions, unable to take in my concerns with his cognitive brain. The resistance to discussion was a reflex reaction to the hidden emotions we were not discussing.

How to “NURSE” your parent’s emotions

How can we do better when talking to our parents about early dementia symptoms? An interesting shift occurs during a sensitive conversation if we work through emotion together. We can help our loved ones process the strong emotions they harbor around dementia so that our conversations can be more productive and less stressful. The NURSE acronym (1) is a way to teach clinicians how to respond with empathy to the emotions they encounter daily in practice. These statements are wonderful tools to help you keep a difficult conversation going with your parent around early dementia symptoms, instead of having it end prematurely.

The simplest way to acknowledge emotion is to label what you are seeing, without judgement.

You go one step further by demonstrating some insight into why someone is feeling or acting the way they are.

These are statements of praise and positive regard.

This emotion response is about working together and getting on the same page.

This is about learning what is going on inside your parent’s head, or checking their reaction to something you have said.

When we talk to our parents about early dementia symptoms, we need to make deliberate efforts to draw out and understand how they are feeling. If we don’t, we diminish the power of our own words. That was true for me. My dad could not admit to that my concerns were legitimate because I had not made it safe for him to do so. When I took it upon myself to change my behavior and the kind of words I was using, his stubbornness stared to fade. Once I made it clear that his feelings were important to me, he contemplated my concerns more seriously. As adult children, we have to use NURSE statements early and often so that strong emotions don’t get in the way of us having the conversations we need to have with our family.

Other tips for successful conversations about early dementia symptoms

Choose the moment and setting well

It is important to plan ahead for these conversations. You want to avoid times and places that will be distracting to you and your parent. A family dinner gathering on the weekend may not be the best choice. Having more people present may make your parents feel embarrassed and put on the spot. This will make them more defensive during the conversation. Limit the number of concerned people to three at most. You should also consider what time of day is best for your parent. People with early dementia symptoms tend to have more trouble focusing for long periods of time. Most have a window during the day when they are most alert and engaged. Do your best to plan your talk at that time.

Start the conversation with an expression of love

When you begin a conversation by telling your parents that you are worried about them, they may brush off your words. Parents do not want to be a source of unpleasant emotions for their children. Telling them that you love them yields a different reaction. Think about the following opening: “I wanted us to sit down and talk today about some concerns because I love you. Your experience in the world is important to me, and I want the best possible life for you.” There is a calming effect to these words because it is clear that you are thinking about them, not yourself. Feeling more calm means they are more likely to hear what you are going to talk about.

Most of us cannot stand too much quiet in a conversation. It feels uncomfortable and anxiety provoking, like something is going wrong. The instinct for us is to keep talking. We need to push back against that. Silence often happens when our parents are processing something we have said. It is especially important after you speak a NURSE statement to be quiet. You can slowly count to ten in your head to remind yourself. Usually your parent will be the one to break the silence, and that’s what you want, because it means they are engaging more deeply in the conversation.

Tell them it is possible to get better

It is sad how many people still think that Alzheimer’s disease is a death sentence. More recent research demonstrates that this type of dementia is an illness of lifestyle and environment. Amazing things can happen when we address these issues. People with milder, early dementia symptoms have an excellent chance to stop progression and even reverse what is happening. They regain their lives, with some recovering well enough to continue working or resume driving. While the Bredesen protocol focuses more on Alzheimer’s type dementia, there is evidence that dementia from other conditions, such as Parkinson’s, can also respond to targeted nutrition and lifestyle therapies. Encourage your parents to receive a diagnosis and to look for help from practitioners with a functional medicine background who think about and treat the root causes of illness.

Accept that conversations are a process

Don’t expect that one discussion will be enough to convince your parent to accept the symptoms you see and seek help. Remember that these discussions are scary for them. If you find yourself or your parent repeating certain statements or getting angry, the conversation has stalled and it is time to stop talking for now. Thank your parents for talking to you and let them know you will be checking in with them again in whatever time interval makes sense to you-two weeks, a month, two months. Be kind to yourself as well as your parents, and realize that your efforts to have these conversations are worthwhile.