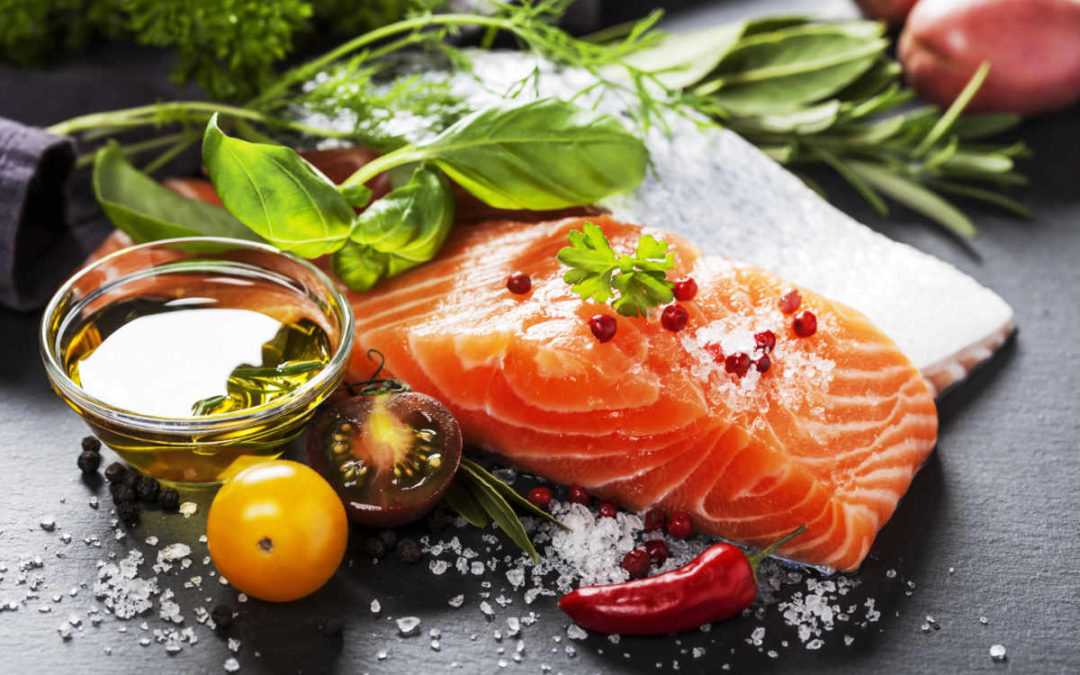 When I was a college student, I had 24/7 access to a cereal bar. It was a highlight of dining hall life. The cycle was predictable.

It’s no wonder that I could not concentrate fully during my classes. I was ready for lunch ninety minutes before it would be available to me.

As I grew older and a bit wiser, I accepted that sugar rich cereals should not be a staple food for me. I transitioned over years to a paleo template nutrition plan. In the last five years, I began experimenting with a ketogenic plan. I could not believe how much more alert I felt.

When I trained in the Bredesen protocol to prevent and reverse cognitive decline, I was surprised to see that the recommended nutrition plan for people with early dementia was the same plan that I was following! It turns out that our brains simply run better on healthy fats. This holds for people with or without dementia. It is a game changer for those looking to reverse early dementia.

What is a ketogenic eating plan?

The overall purpose of a ketogenic eating plan is to get your body to switch from carbs to fats for its energy needs. When you eat high carb foods like candy, pasta, or potatoes, your body breaks them down into the simple sugar called glucose. When there is a lot of glucose in your blood, it is used as a primary energy source. There is no need for your body to turn to your fat stores in this situation. When you intentionally deprive the body of high carbohydrate foods, you can force it to burn fat for energy. When carb intake is very low, your liver turns the fat that you eat into into a different energy source called ketone bodies. Ketone bodies travel through your bloodstream to your brain, heart and muscle to be used as energy in place of glucose. When there are significant levels of ketone bodies to serve as a power source, you are in ketosis. Let’s learn how ketone bodies help your brain function better in comparison to glucose.

Meet your mitochondria, powerhouses of the cell

Neurons are the main building blocks of your brain. They need energy to stay alive and to maintain your memories and overall function. They have that energy because of mitochondria. These structures take what you eat and turn it into adenosine triphosphate, or ATP. ATP is like a tiny battery that floats around inside the cell, ready to power whatever biochemical reactions the cell needs to perform. Research demonstrates that when mitochondria use ketone bodies to make ATP instead of glucose, the whole process is more efficient. There are a lot more batteries available. It’s like giving your neurons access to an all-day buffet. In return your brain gives you better memory, attention and organization skills. Maybe you remember that upcoming birthday or anniversary a week beforehand, instead of on the day itself! The more consistent energy supply can help reverse early dementia symptoms.

ATP production comes with a downside. Your mitochondria make byproducts that can overwhelm neurons. These are reactive oxygen species, or ROS. Too much ROS can lead to early death of your brain cells and conditions like dementia. Think about the engine of a standard car that runs on gasoline. It makes gases as part of the reactions that ultimately create motion for the car. Exposure to very high amounts of these byproducts can hurt you. When glucose is the main fuel source for the mitochondria, a lot of ROS form and bounce around different parts of your brain. This can cause serious damage, especially in the hippocampus. This is the area of the brain that forms memories. When your brain uses ketone bodies from fats for fuel, it is like switching to an electric engine from a gasoline engine. The whole process of energy formation is much safer because there are less ROS. This can help with dementia prevention.

There is also evidence that the presence of ketone bodies in the mitochondria leads to increased formation of important compounds like the antioxidant glutathione. Antioxidants help limit or reverse damage to neurons. They are defensive linebackers that tackle the harmful reactive oxygen species and take them out of the game. When they are plentiful, neurons are more resistant to injury. As a result, your memories and function remain intact. A ketogenic eating plan ensures a more resilient brain. This alone may prevent or reverse early dementia.

The link between diabetes and later development of Alzheimer’s dementia is very strong. In fact, many clinicians now call Alzheimer’s “type 3 diabetes.” Simply stated, to have diabetes means that your body has trouble using glucose for energy. It’s a communication breakdown.

Glucose, also called blood sugar, is in the same situation. When you have insulin resistance or diabetes, glucose cannot easily get into your tissues and organs. It doesn’t matter how much of it there is. The result is that your cells can starve in spite of the carbs you eat.

Studies show that there is evidence of disturbed glucose utilization in the brain long before someone starts to lose their memory. This is especially true in the hippocampus, which stores memories. Its neurons are very vulnerable to any interruption in energy supply. Impaired ability to use glucose means less energy for those neurons. Over time they are malnourished and dysfunctional. They also acquire damage from waste that builds up from high blood sugar. These neurons die prematurely. The result is worsening dementia symptoms.

When your brain has lots of ketone bodies around, it is a different story. Ketone bodies do not have problems getting inside the neurons like glucose might. Even if someone already has insulin resistance or diabetes, their brain can still access this powerful energy source. The ketone bodies may not just keep your neurons alive and working. Some studies in animals suggest that a ketogenic eating plan can partially reverse the waste build up that happens in your brain from eating high sugar and highly processed carbohydrate foods. That leads to healthier neurons with a longer lifespan, which can prevent or reverse early dementia symptoms. A ketogenic diet has other benefits for people with insulin resistance or type 2 diabetes, which include weight loss and better blood sugar management.

A popular fat in the more recent version of the ketogenic diet is the medium chain triglyceride, or MCT fat. If Goldilocks could choose a favored fat, it would be MCT. In terms of its size, MCT fats are “just right.” They are found in coconut oil and palm oil.

This means MCT oil can provide two types of energy sources for your brain. It is popular because it does a good job of easing the body into the nutritional ketosis. Studies show that this can have a significant, immediate effect on your problem-solving abilities.

One study in Japan focused on 20 adults older than age 60 who did not have any signs of cognitive decline. They were not even following a ketogenic diet at baseline.

Performance on the tests for all participants was much higher on the day after the MCT fat formula when compared to the placebo formula. Even more exciting, people who had the lowest scores after the placebo formula showed the biggest improvement after taking the study formula. This suggests that MCT fat may help with dementia prevention.

Another study from Canada focused on people who already met criteria for mild-moderate Alzheimer’s dementia. They took MCT fat supplementation every day for a month. Before and after this intervention, they had PET scans of their brains. This test shows the metabolic activity of your brain. It can also show whether the brain is using glucose or ketone bodies for energy. After regular intake of MCT fat, the scans showed that participants’ brains lit up more brightly, and in more regions. The minds of these people with dementia were actually doing more work compared to just one month before! In the before and after scans, it was clear that glucose was not the main energy source. It was ketone bodies that made the increased brain activity possible. Clearly MCT fat has a powerful role to play in reversing symptoms of early dementia. We are just starting to understand it. Research like this supports the superior way that fats in general can fuel your brain.

The first thing to know is which fats are healthy fats. These are the fats found in grass fed beef, pastured chicken, cold water fatty fish, pastured dairy, olive oil, coconut oil, avocados and nuts. Fats found in processed or fried foods like french fries and potato chips are not the same. Oils that come from industrial seeds, such as canola or rapeseed, are inflammatory. You should avoid these oils. It is important to buy plenty of the healthy fat foods instead.

At the same time, you want to remove foods that interfere with your body using fat for its main energy source. These include high carb and processed foods like bread, pasta, cookies, candy, soda and packaged snack foods. Foods with lots of sugar should also go. We all love them, but they are special occasion treats. You don’t want to eat them often. Keeping them in your house sabotages your efforts to take care of your brain!

Non-starchy vegetables are an essential part of a ketogenic diet. They provide phytonutrients and fiber that keeps your gut microbes healthy. Focusing on filling half your plate with vegetables like spinach, broccoli, cauliflower, zucchini, and onions at lunch and dinner helps you to feel full and satisfied. Starchy vegetables like potatoes, sweet potatoes, corn and peas are eaten in much smaller amounts, usually once a day.

Any change is overwhelming, but help is out there for you

Many people with early dementia symptoms see improvement in their memory when they change what they eat. This is the reason that a ketogenic eating plan is the cornerstone of the Bredesen protocol. To learn more about what else the protocol involves, click here. Making changes to diet is one of the hardest things a person can do. One reason so many do not succeed is that they do not have someone working with them to support their changes in behavior and lifestyle. You do not have to do this alone! Seek help from a clinician, health coach or nutritionist trained in functional medicine and in the Bredesen protocol. Your memories and independence are worth it.